What the Bleep Just Happened What the #$%^ Just Happened – it’s the title of a course that I teach on conflict.  Specifically, when you are facilitating a session and suddenly the discussion takes a bad turn or there is silence when you would not expect it.  It is most likely that there is an unknown conflict lurking in the background.

I had the most bizarre email exchange of my entire career on Friday night.  I went surfing and rushed out to get last sunlight, as one does on an island near the equator that has darkness each evening at 6pm.  I missed a call at 5:45 from a recruiter that is putting in a contract bid for myself and another consultant as a team.  When I returned to the house, I sent an email that contained this message:

The phone number was to contact me Monday.  I zipped out for a sunset surf before the sun went away and I know that you are busy this weekend.

The message I got back was from the other consultant (not the recruiter) said:

Telling people in Canada that you disconnected to zip out to surf is not gonna make you any friends here.  Just say you had to go to the pharmacy.

He followed up to say that my comments were flippant and that due to the personal circumstances of the recruiter, who has undoubtedly had a rough year, these would not fly.

Here is the thing.  There is absolutely no need for me (or anyone) to justify their lifestyle and resulting happiness.  When you turn 50, you realize that you have developed a skill to tell people to “f” off without actually saying it, as I did:

I didn’t go to the pharmacy; I went surfing on a Friday night at 5pm.  That is my life here and why I have returned to live here.  The comment was fact and was not meant to be flippant or disrespectful in any way.

[Recruiter] has a lot going and didn’t read the documents that I sent earlier this week.  I feel for [them].  It must continue to be a tough time and will likely be for quite some time.

These are two mutually exclusive conversations. My shipment arrived from Canada. I wish I had a garage!

Then came the “What the #$#% Just Happened” moment.  This consultant proceeded to say that he was pulling out of the contract and didn’t want to work with me because of my attitude.  I won’t go into the details of the email(s) because I suspect the consultant had been drinking on a Friday night and this will prove to be a very embarrassing moment for him to reflect upon.  But the email ended with: BTW, you’ve accomplished shit.  Enjoy the surf.

He followed up with a few more disparaging emails before I figured out how to block his account in Outlook.

In the past, I would be very upset about this exchange.  I would wonder what I did wrong.  This time, I emailed the recruiter directly (who had not jumped into the conversation – it was getting late).  I let them know that if my comments in any way diminished what they were going through then I apologize.  I echoed the other consultant’s comment that we would not be working together and feel free to work with him directly.  I wrote this blog post, let it go, and went to bed.

OK, so it took me a while to fall asleep so maybe I didn’t let it go right away. 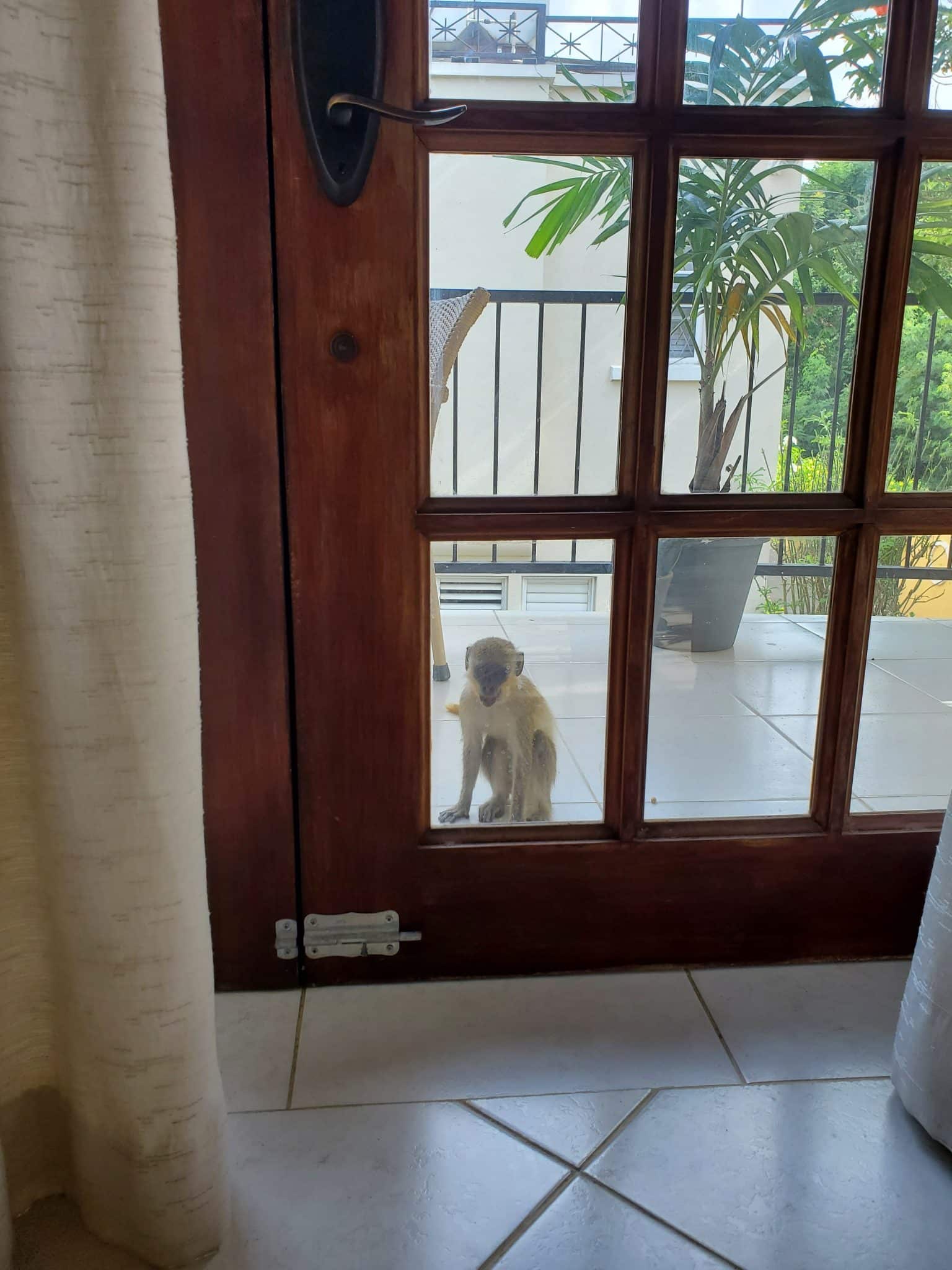 Curious monkey on my balcony. 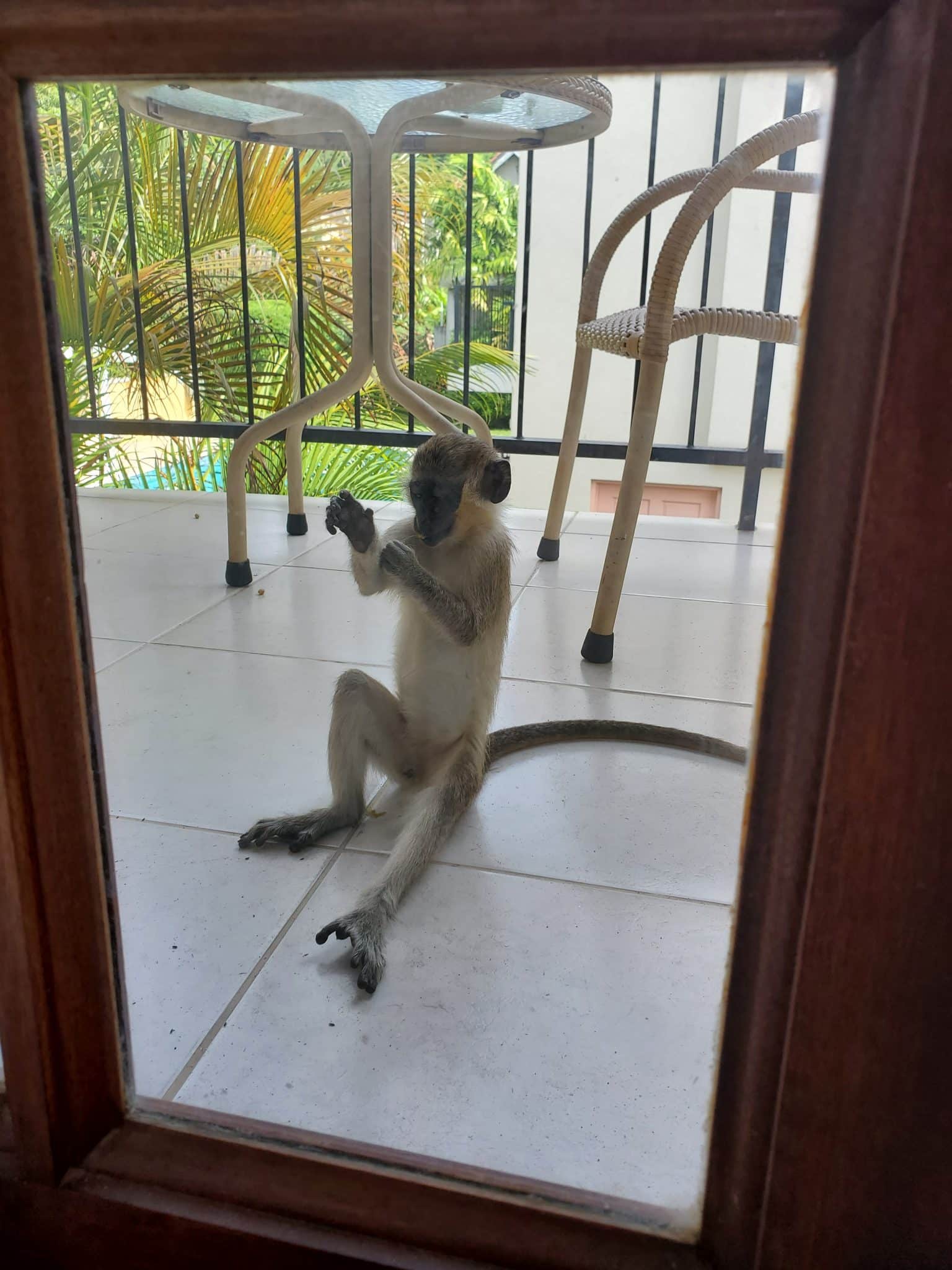 Hanging out on my balcony like they own the place...until I open the door. 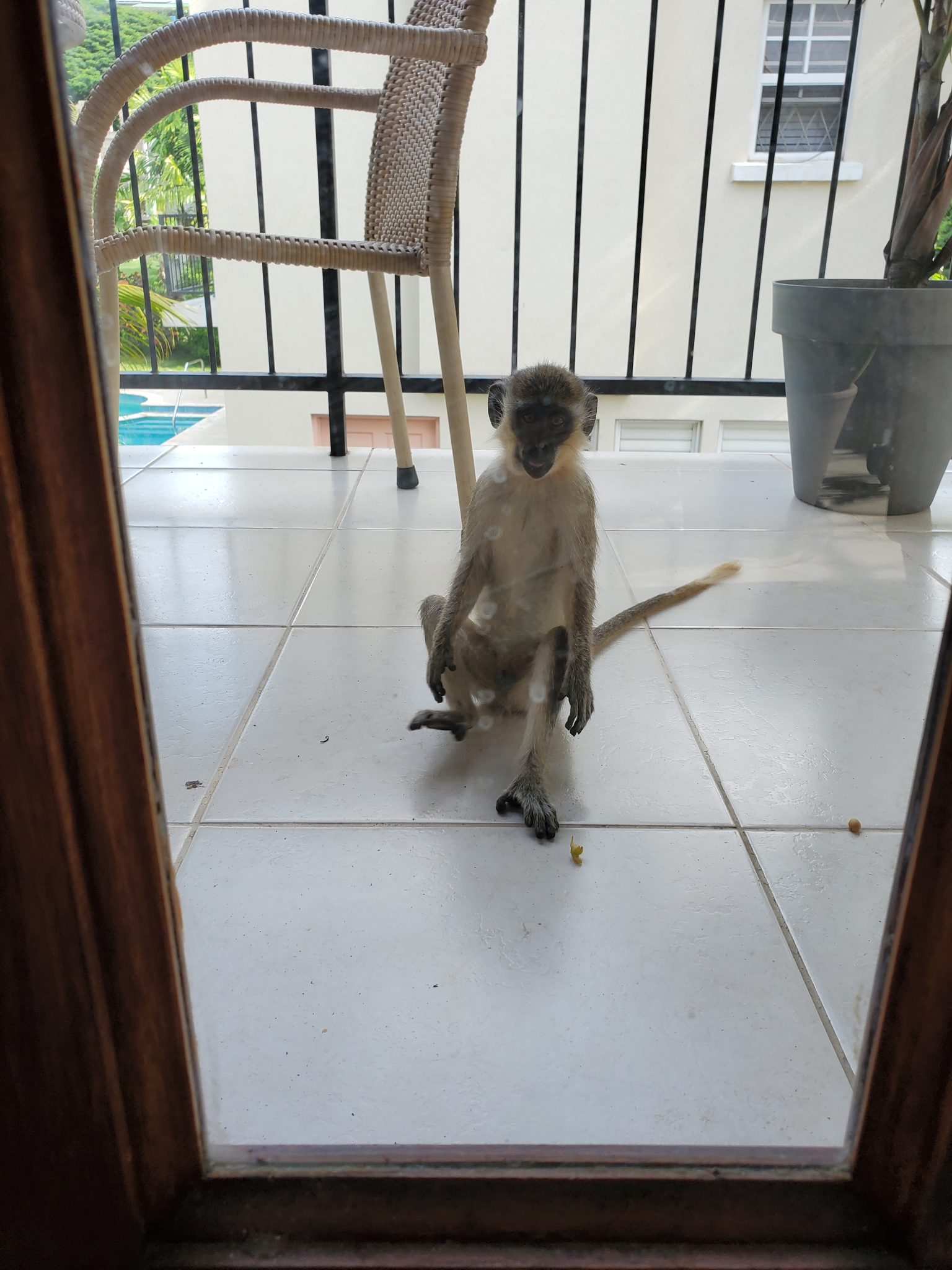 My reflection from the other side of the glass stopped them in what they were doing.

Guilt was once explained to me as a warning signal.  When you feel guilt, you must ask yourself: Did I do something that is responsible for another’s hurt?  If the answer is yes, then an apology is likely required and possibly an action to restore the relationship.  But if you take an honest look at the situation and reply no, chances are you are being manipulated to experience guilt.

I don’t feel guilty about anything that I wrote in these exchanges.  I feel badly IF I hurt another’s feeling AND my best intentions would not diminish that hurt.  I apologized if that was the case.  As for the other consultant, who knows what is going on with him!

It begs the question:  Where are we defending ourselves or taking on guilt for problems that are not ours? I find it interesting that the initial response of the consultant indicated that a) we seem to have it really bad in Canada so you should pity us and withhold Information so we don’t feel bad (God forbid someone feels bad about anything in our current culture). And b) you need to make friends. With a client/co-worker. I don’t know if it’s our cancel culture or 2.5 years in a pandemic that, in this country, no one wants to let go of, but my experience is that if you do anything outside the (very tiny) box, you are “not like us”. Therefore you are a threat, you will likely be reprimanded and told clearly how you SHOULD think and behave. Shame on you Sheri for getting out of the rat race, living a life of balance and freedom and having fun ;)

Shawna, that is it! We have become so divisive during the pandemic. Many are truly unhappy and I can understand that because I spent many years in that headspace. However, attacking someone’s freedom and happiness in response to our own misery is not going to make for a pretty post-pandemic world. During the pandemic, there were people working remotely on the island that didn’t even tell their work and friends that they were in Barbados. They felt too guilty that they were enjoying a good life while people were suffering at home. That is a whole other level of withholding information! I am so grateful that I have friends and family that rejoice in my decision and accept me sending them warmth and sunshine from Barbados. Diminishing my experience does not make another’s any better. We need to raise our collective conscience as a society, not bring it down.